Why do some people respond so well to training while others struggle? 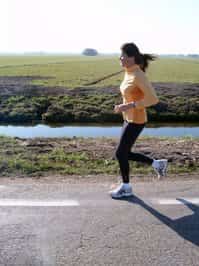 Research at the Joslin Diabetes Centre has identified a molecular switch that may provide an explanation for how some people respond really well to exercise, whether cardiovascular or resistance based, while others performing the same activity do not. The name of the protein “switch” is c-Jun N-terminal kinase (JNK).

When the protein is activated it stimulates muscle growth in response to exercise; however, when inactive, muscles respond by improving their endurance & aerobic capacity. It is the first time that this protein has been researched in this capacity.

The relevance of this is that if a group of people do the same  exercise programme then some will have huge improvements in aerobic capacity while others will have minimal or no response.

Why don’t I respond to exercise? Research Suggest a Protein Switch May Play a Role

When the researchers compared a group of mice that had the JNK protein switched off with a normal group of mice they found that the altered mice had a significantly higher increase in aerobic capacity and greater development of muscle fiber types that improve endurance capacity.

The researchers are now investigating ways of inhibiting JNK activation such as developing approaches that reduce the mechanical stress on muscles.

Further evidence suggests that “improvements in aerobic capacity are blunted and aerobic remodelling of skeletal muscle is impaired in several animal models associated with chronic hyperglycaemia”.

The authors suggest that current changes in diet and lifestyle, such as consumption of high carbohydrate and processed foods, can give rise to altered blood sugar control and, therefore, impair the capacity of the muscle to respond to training.