Myth Busting: Is My Back Pain Caused by Bad Posture?

Myth Busting: Is Poor Posture the Cause of Back Pain?

Most people attending the clinic with back pain believe that poor posture has played a significant role in their back pain. Some clinicians spend a considerable amount of time analysing posture and attempting to link this to back pain. The question is: is this scientifically valid?

Two key questions in addressing the link between back pain & posture are: 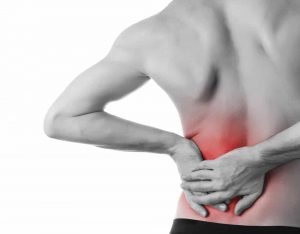 In summarising 8 available studies, the authors found that, on average, people with low back pain had no difference in low back posture compared to those without low back pain.

These authors reviewed all the available research and found that ‘despite the availability of many reviews, there is no consensus regarding the link between physical activity exposure & LBP.’

What Causes Back Pain in Cyclists?

Low back pain is reported by more than half of cyclists. The causes of back pain in this group is not clearly understood.

Eight studies were included in this review.

Core muscle activation imbalances, back extensor endurance deficits, and increased lumbar flexion while cycling were found to be present in cyclists with low back pain.

Is Bad Posture a Cause of Neck Pain?

In this study with 686 participants, the authors found that sitting neck posture at 17 was not a risk factor for persistent neck pain at 22 years of age in males, whereas in females, more relaxed postures (slumped and Intermediate postures) were protective of neck pain compared with upright posture.

The authors concluded that ‘the practice of generic public health messages to sit up straight to prevent neck pain needs rethinking.’ 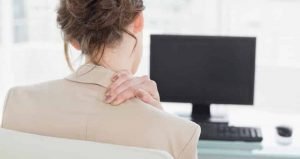 Does Sitting for Long Periods with Poor Posture Cause Neck Pain?

This prospective cohort study was performed with a follow up of 3 years among 1334 workers from 34 companies.

What About Taking Regular Breaks from Work?

The authors in this study evaluated the effectiveness of breaks on low back pain, discomfort, and work productivity in office workers. They referred to all publications released from 1980 to December 2016.

The length of both working time and break times were highly variable between studies and therefore difficult to compare.

‘…..active breaks with postural change may be effective in reducing pain in workers with acute low back pain and to prevent discomfort in healthy subjects.’

The evidence also suggested that the use of breaks had no detrimental effect on work productivity.

Should I Use a Sit-To-Stand Desk to Help My Back Pain?

Twelve articles were identified in this study and eight that presented results in means (SD) were included.

They concluded that sit-stand workstations, by leading to changes in posture may reduce low back pain among workers.

Prolonged sitting has been shown to induce transient low back pain (LBP). Height adjustable office desks now present the opportunity to replace sitting with standing in the workplace. Since standing has also been associated with LBP, this may not be an advisable alternative.

The results of three studies were pooled using an inverse variance random-effects meta-analysis.

The authors concluded that ‘It appears that replacing seated desk work postures with standing for prolonged periods of time would not be recommended.’

My summary:
So, the evidence seems to be mixed when it comes to sitting or standing in terms of back pain. Prolonged sitting; however, has several negative influences in terms of health. For example, prolonged sitting is associated with negative metabolic changes which can predispose to weight gain, diabetes and cardiovascular disease.

It appears that ‘active breaks’, where you are moving or performing exercise may be optimal for decreasing back pain incidence and improving overall health

Do Repeated Awkward Postures Cause Back Pain?

Although studies of the general population have shown an association between low back disorders and awkward working posture, farmers have unique work context and exposures that may modify this relationship.

Nine studies were included in this review. All studies used self-report; there were no field-based studies including direct measurement of awkward posture.

Despite the diversity, the weight of evidence supported a relationship between awkward posture and low back disorders.

My summary:
This particular study, using self-reports of poor posture, would be deemed very poor quality.
The authors concluded there may be a link between extremes of posture, as might occur in farming or heavy labour, but it is hard to be definitive from this study.

‘It is therefore unlikely that awkward occupational postures are independently causative of LBP in the populations of workers studied.’

Lifting at work is considered an important risk factor for low back pain (LBP). However, contradictory findings have been reported, partly because frequency, duration and intensity (ie, the weight of the load) of lifting have not been systematically considered.

The aims of this study were: to assess the effect of lifting during work (quantified in duration, frequency or intensity) on the incidence of LBP and to quantify the impact of these relationships on the occurrence of LBP in occupational populations exposed to lifting.

‘..we estimated that lifting loads over 25 kg and lifting at a frequency of over 25 lifts/day will increase the annual incidence of LBP by 4.32% and 3.50%, respectively, compared to the incidence of not being exposed to lifting.’ Intensity and frequency of lifting significantly predict the occurrence of LBP.

My Summary of the Research:

It might be a case that, for some people, posture is a significant cause of their pain, but because there are several factors that can cause pain, it might need to be present alongside other characteristics. When dealing with studies involving larger groups, this may not show up as statistically significant.

In other words: always keep an open mind!!