What is a Chiropractor?

A chiropractor is a primary health-care professional, specialising in the diagnosis, treatment and management of back and neck pain.

What is a Chiropractors Education?

The education of a Chiropractor is amongst the highest standards of any of the health professions. The ‘Sweden Report’ demonstrated that the 4-5 year university training programme for a Chiropractor was the equivalent of Swedish medical education.

At the University of Odense in Denmark medical students & chiropractors perform joint training for three years prior to undergoing the separate clinical components of their education.

Doctors of chiropractic are educated as primary-contact health care providers, with an emphasis on diagnosis and treatment of conditions related to the musculoskeletal system (the muscles, ligaments and joints of the spine and extremities) and the nerves that supply them.

Educational requirements for doctors of chiropractic are among the most stringent of any of the health care professions. 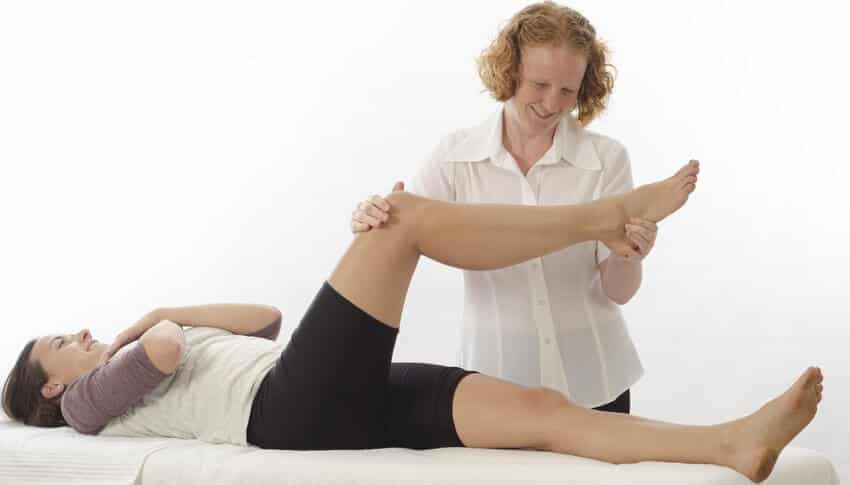 Does Chiropractic treatment require a referral from a GP?

Yes, Naas Chiropractic Clinic provides treatment to patients of all ages, including children. Children can be more prone to knocks and falls than adults and therefore may require chiropractic care to manage these injuries.

Chiropractic care is a highly skilled treatment, and in the case of children, is adapted so that the techniques used are very gentle and appropriate to their body shape.


Do professional athletes use Chiropractors?

What conditions does a chiropractor treat?

Doctors of Chiropractic are recognised for their expertise in treating back pain, neck pain and headaches. However, chiropractic can be very effective as an element of treatment in a wide variety of musculoskeletal disorders including knee, shoulder and foot pain.

Chiropractor treatment has been proven to help with the following conditions:

What Evidence is there for the Effectiveness of Chiropractor treatments?

OBJECTIVE–To compare chiropractic and hospital outpatient treatment for managing low back pain of mechanical origin in 741 patients. DESIGN–Randomised controlled trial. Patients were followed up for up two years.

INTERVENTIONS–Treatment at the discretion of the chiropractors, who used chiropractic manipulation in most patients, or of the hospital staff, who most commonly used Maitland mobilisation or manipulation, or both.

CONCLUSIONS–For patients with low back pain, in whom manipulation is not contraindicated, chiropractic almost certainly confers worthwhile, long-term benefit in comparison with hospital outpatient management. The benefit is seen mainly in those with chronic or severe pain. Introducing chiropractic into NHS practice should be considered.

Another study by Visser et al. (2013) compared the effects of manipulation of the sacroiliac joint in patients with sciatica. In a single-blinded randomised trial, the effects of physiotherapy, manual therapy & intra-articular corticosteroid injection were compared in  51 patients. The effect of the treatment was evaluated after 6 and 12 weeks.

Recent Update to Evidence for Chiropractor Treatment of Back Pain

Recently, research published in the Journal of the American Medical Association analysed the findings from research into chiropractic treatments. They looked at research performed since 2011 and compared this to earlier findings relating to chiropractor treatments.

The evidence from 12 randomized controlled trials of almost 1,400 patients showed that spinal manipulation also resulted in improvements in function in those with back pain.

The evidence collated from 15 randomized controlled trials, involving greater than 1,700 patients, showed that spinal manipulation caused an average improvement in pain of about 10 points on a 100-point scale. The evidence also showed a significant improvement in function from chiropractic treatments.

In February 2017, a systematic review of the literature published in the Annals of Internal Medicine gave rise to new practice guidelines from the American College of Physicians. As part of these new clinical practice guidelines for the treatment of subacute back pain the authors recommended spinal manipulation as a first-line therapy in the treatment of low back pain.

What is the Difference Between a Chiropractor and an Osteopath?

This is a commonly asked question as both professions use similar techniques and have similar philosophies regarding health. The primary philosophy of both professions is that the body has an innate self-healing capacity & that the spine plays an integral part in overall health and body function. The importance of the spine in overall health is common amongst traditional healing techniques such as yoga, tai chi as well as with more modern techniques such as the Alexander technique.

A chiropractor primarily focuses their treatment on the spine using specific spinal manipulation or mobilisation techniques that are aimed at restoring normal joint motion and neurological function. An osteopath uses similar manual techniques but focusses primarily on the importance of the cardiovascular system as opposed to the nervous system. The primary philosophy of the Osteopathic profession is that spinal and joint mobilisations help to improve circulation, thereby improving the overall state of health of the individual.

Both Chiropractic & Osteopathy originated in the United States in the latter part of the nineteenth century.  The manipulative techniques; however, have been used for millennia & date back as far as Hippocrates in the fourth century B.C. Chiropractic is the larger of the two professions and is the third largest healthcare profession after Dentistry and Medicine in the West.

Both professions have very high levels of training, with 4-5 years of university training required. In some universities, chiropractors or osteopaths train alongside medical doctors and have similar educational standards. As well as manual techniques, chiropractors and osteopaths tend to provide nutritional & lifestyle advice in order to optimise health. With the evolution of the professions, techniques have evolved so that the techniques used are more similar than they may have been in the past.

Chiropractic is widely recognized as one of the safest drug-free, non-invasive therapies available for the treatment of neuromusculoskeletal complaints.

The Agency for Health Care Policy and Research had a 23-member expert multidisciplinary panel review the evidence for Chiropractor treatment. They found that relief from low back pain can be accomplished by one of two methods: medication or spinal manipulation. Side-effects from medication use were found to be greater than those from manipulation, which were very limited.

How is a chiropractic adjustment performed?

The chiropractor typically uses his or her hands to manipulate the joints of the spine in order to restore joint function and reduces pain. Chiropractic manipulation is a highly controlled procedure that rarely causes discomfort. Patients often note an improvement in their symptoms immediately following manipulation.

A manipulation is a highly controlled technique involving a small amount of joint distraction. This rarely causes pain during the procedure; however, there may be minor discomfort after treatment that normally passes quickly. If you have any queries you should ask your chiropractor prior to undergoing treatment.

A joint manipulation (adjustment) may occur due a change in the internal pressure within a joint capsule. This causes a gas bubble to form and to quickly release thus causing a popping sound. The same thing occurs when you “crack” your knuckles. This noise is not associated with pain.

Go back to homepage: https://www.physioclinic.ie/chiropractor-naas/