Physical exercise not only benefits the body but also positively impacts brain function. Many studies are being done the world over to establish a relationship between exercise and brain health. A study conducted at Princeton University has shown that exercise increases the production of newer brain cells and a vital neurotransmitter GABA, which result in the formation of new neural pathways (neuroplasticity). It is also believed that physical activity encourages the production of brain derived neurotrophic factor (BDNF) – or ‘Miracle gro’ as coined by Harvard Psychiatrist John J Ratey. This protein is instrumental in activating genes that produce healthy neurotransmitters and new brain cells. 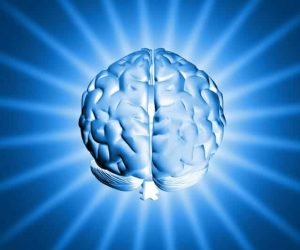 So what’s in it for you?

Studies have shown that exercise increases the size of Hippocampus – an important part of the brain that helps in long term memory formation, regulation of emotions and spatial navigation.

Functional MRI of the brain of sedentary and active individuals has shown a distinct pattern. While brains of active individuals have more gray matter, those of sedentary individuals look shrunken and shrivelled, similar to brains of people afflicted with Alzheimer’s, Parkinsonism, Dementia or other degenerative conditions. A research conducted by Nathan Johnson, PhD at College of Health Sciences, University of Kentucky has inferred that exercise increases blood supply to the brain preventing the brain from ageing. This is of more importance to people at high risk for Dementia or Alzheimer’s. My advice – Get moving!

In all the studies that have emerged to date, the type of exercise best suited to boost brain power is still disputed.

30 minutes of regular aerobic exercise is the best way to improve memory and cognitive skills according to a group of researchers at Auckland University. Something as simple as a walk is also a good way to prevent Alzheimer’s according to scientists from Tufts University in Boston.

Researchers at University of Northern Manhattan conducted a seven year prospective study on approximately 900 subjects to establish the effect of exercise and brain health. After 5 years the participants were tested for memory and thinking skills. The results were astonishing. Low or no activity group showed drastic reduction in ability to memorize and recall things. On the other hand those who performed moderate to high intensity aerobic exercises stalled aging by 10 years!  Another good reason to get your bikes out!

In a similar study this year at the University of Jyvaskyla in Finland, researchers compared aerobics, resistance training, and high-intensity interval training (HIIT) on a group of rats. The rats that did steady aerobic exercise showed high levels of new cell formation, more BDNF, and hippocampal tissue whereas rats that performed resistance training showed no significant neurogenesis.

Early this year, a concurrent study in Germany revealed that people who undertook 40 minutes of high impact activity displayed 20% faster rate of learning, increased levels of BDNF, dopamine and epinephrine.

Abraham Lincoln was right when he said, “I have the best two doctors, my left leg and my right. We should all use them more, so we have more gray matter and less flab in our brains.”

Though the type and frequency of exercise best suited to increase brain health is still a matter of debate, its positive effect on brain function cannot be denied. My advice is to go for a combination of aerobic & strength training at least 3 times. Why not pump up your muscles and your brain at the same time.

Note: Always consult with your physician before embarking on an exercise program.

This blog is brought to you by Naas Physio Clinic. For more information contact the Physio Clinic on (045) 874682
or email us at info@physioclinic.ie