What are the causes of Neck Pain

The neck is frequently viewed as two separate components: the upper neck just below the base of the skull and the lower neck running down to shoulder level.

The majority of rotation occurs in the upper part of the neck & patients with difficulty turning their head to one or both sides will often demonstrate dysfunction in this part of the spine.

The fact that the neck acts to support the head leaves it open to injury when traumatic forces are applied to the head such as with a whiplash injury.

Just as with the lower back, the neck contains discs between adjacent bones that may bulge (herniate) over time due to abnormal forces being applied. Thankfully, as we age, the disc material dries out & therefore a disc herniation becomes less likely with age. Other potential sources of pain in the neck region include: 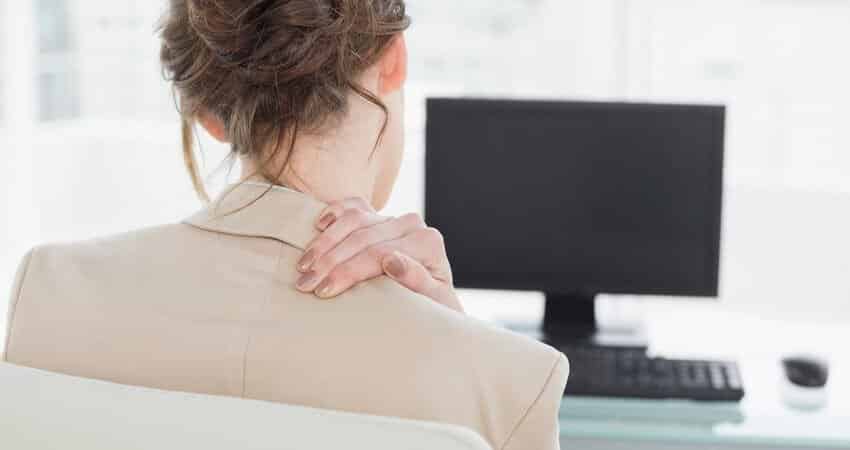 The neck has been shown to undergo a significant trauma from a rear-ending car accident. The acceleration effect on the body may elevate the torso to the degree that the neck may hyperextend over the top of the headrest.

As acceleration decreases the head & torso are then thrown forward. This can result in significant injury to the ligaments, muscles, and joint structures of the neck.

The Quebec Task Force  of Whiplash Associated Disorders recommends that there is little evidence for the use of neck collars and that there use beyond 72 hours immediately after injury will probably prolong disability.

If the neck is forced towards the shoulder rapidly with force then this can induce a compression injury on the side of movement and a stretch injury on the opposite side.

This movement can stretch the nerves that run down the side of the neck to the chest (the brachial plexus) and give rise to a sudden onset of weakness or pins & needles along the outside of the arm to the hand.

A thorough examination of the neck, shoulder & arm is required to identify potential sources of neck pain. Manual treatment methods may include soft tissue work to decrease scar tissue in the neck as well as mobilisations to normalise range of motion.

The largest group whose symptoms were eradicated most quickly came from the manipulation group (27.3%), followed by acupuncture (9.4%), and medication (5%). These results suggest that manipulation resulted in the greatest short-term improvement in symptoms.

Anita Gross, MSc physiotherapist from McMaster University in Toronto states that in relation to spinal manipulation for neck pain that “The evidence keeps growing and growing,”.

Gross, a physiotherapist and associate professor of rehabilitation science, helped write a 2015 Cochrane review of the literature. The Cochrane Group are widely recognised as providing the highest standard of  scientific analysis available.

Gross and her colleagues concluded that results for mobilization and manipulation were similar, and both might work best in combination with exercise.

“Across our different Cochrane reviews, we can say that probably the combination of manual therapy and exercise seems to be a dominant piece that’s coming out as being a wise choice,” Gross says (3).