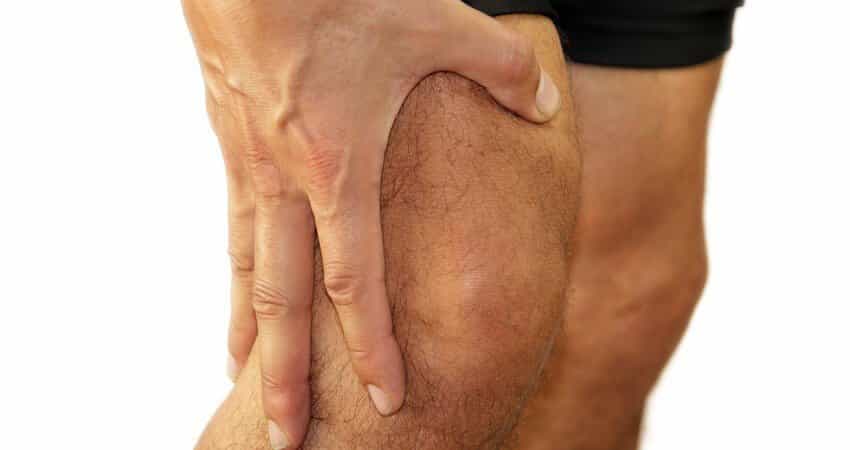 What is a Ligament Injury?

A ligament differs from a tendon in that a ligament attaches from one bone to another while a tendon joins a muscle to a bone. Ligaments are strong, rigid structures and considerable force is required to tear them. The anterior cruciate ligament injury is the most severe & well-known injury amongst sports people.

What causes a Ligament Injury?

Ligament injury is often induced by excessive force, generally on the opposite side of the involved joint. For example, a trauma to the outside of the knee will often cause injury to the medial collateral ligament on the inside of the knee joint. Aside from an acute trauma, it is also important to understand that chronic low-grade abnormal stress may also give rise to ligament injury. Often, when a ligament is overloaded, the surrounding muscles are also involved.

The most common locations for Ligament Injury include:

A ligament injury can be graded according to its severity

A detailed history and physical examination by a physiotherapist or a chiropractor reveals the mechanism of injury. Special tests for ligament instability, reduced range of motion, decreased muscle strength and tenderness around the joint help to diagnose ligament injury. The person also recalls an audible pop or giving way of the knee in grade 2 and grade 3 sprains. He may find it difficult to bear weight on the affected leg. There may be episodes of locking where the person is unable to bend or straighten his knee easily. Additional tests like MRI can help elaborate on the extent of injury and any concomitant injuries. A grade 3 ACL rupture is usually accompanied by injury to the MCL and medial meniscus. This is known as the Unhappy triad.

A grade 3 ligament rupture usually requires a reconstructive surgery. Grade 1 and Grade 2 sprains usually heal in 3-4 weeks with the athlete returning to sports in 3-4 months following intensive rehabilitation. It takes around 6-9 months for an athlete to return to competitive sports following a surgical repair.

The rehabilitation of a ligament injury revolves around strengthening of the surrounding muscles and including a lot of balance training exercises. The ligament is initially kept in a shortened position to allow healing during which the muscles are put through isometric and short arc exercises.

As the pain and swelling reduces, the athlete develops more confidence to begin closed kinematic chain weight bearing exercises. These exercises have a dual benefit. These exercises involve keeping the feet fixed on the ground and thus have minimal relative movement at the knee joint. Secondly, the weight bearing exercises stimulate mechanoreceptors present in the ligament. These receptors are responsible for sending information about the limb position to the brain. This feedback is crucial for instantaneous correction of limb position during sudden movements. As the strength is regained, complex exercises involving balancing on unstable surfaces and plyometrics (explosive jumps) are introduced. In the later stages sports specific agility and flexibility drills are practised to help the athlete return to sports. It has been seen that 24% of the athletes undergoing ligament reconstruction surgery cite fear of injury preventing return to sports. the main factors preventing their return is fear or re-injury and pain. The inability to return to previous level of activity can be stressful and mentally frustrating for athletes. Taking into consideration how the psychological aspects of the injury affect an athlete’s sports performance, it is important to address psychological factors during physical rehabilitation to rebuild confidence and overcome fear of re-injury. The use of imagery has been suggested to be effective at reducing anxiety, tension and pain while promoting and encouraging healing after an injury. Imagery is defined as a process of performing a skill in one’s mind using the senses (touch, feel, smell, vision, etc.,) without any overt actions. Incorporating a therapeutic intervention targeting the psychological effects ensures that patient is both physically and mentally prepared to return to activity.

The use of Kinesiology Taping also has a positive effect on proprioception in patients with ligament rupture. Apart from rehabilitating the injury, it is necessary to correct any faulty biomechanics in the affected leg. Research has proved, poor lumbo-pelvic stabilisers, weak hip muscles strength, increased weight and over-pronation of the foot are independently responsible for increased risk of ACL injury. Females are more vulnerable to ACL injury due to anatomical differences in ligament laxity and bony alignment. Technique correction like landing with greater hip and knee flexion helps to reduce the incidence of ACL injury. Structural deformities of the foot liked increased arch and wider foot also increase the risk for inversion ankle sprains.

Physiotherapy for a ligament injury starts with diagnosis and differentiating from a muscle or tendon involvement is important. Stability testing is useful in identifying joints that may have become unstable due to loss of ligament integrity. Where diagnosis is uncertain an MRI scan may be warranted in some cases. A period of rest & strapping may be warranted until pain & swelling decrease. Loading of the injured structure is important to optimise healing. Graded exercise combined with manual physiotherapy & mobilisations can help to minimize adhesion & encourage proper soft-tissue healing.

A physiotherapist or a chiropractor is able to diagnose the injury after conducting a full examination of the knee.The history of a painful twist occurring on a slightly flexed knee will indicate the likelihood of a meniscus tear. The individual may also experience clicking, popping, or locking of the knee. These symptoms are usually accompanied by pain along the knee joint line and swelling. Special tests like McMurray test helps to confirm the diagnosis. Squatting is painful.

Rehabilitation focusses on strengthening the quadriceps and improving neuromuscular control through balance and proprioceptive exercises. In severe cases, removal of the torn meniscus through a key hole surgery may also be recommended. The surgery is usually followed by a rigorous physiotherapy rehabilitation for 6 months. This focusses on regaining strength and neuromuscular control around the knee joint.

For further information on conditions treated go to:
www.physioclinic.ie/conditions/