How Do I Know If I Need Surgery For My Back Pain?

How Do I Know If I Need Surgery For My Back Pain?

Low back pain has become a major health problem in the Western World with 1-year prevalence ranging from 22 to 65% (Walker 2000).

In certain cases where back pain becomes chronic (lasting 12 weeks or longer) or when there are symptoms of severe nerve root compression secondary to a disc herniation, many people will end up having an orthopaedic referral. In some cases, this leads to the recommendation that back surgery is required.

I frequently see people who have been advised to undergo surgery for a disc herniation but are unsure as to whether they should or not. When it comes to a decision regarding whether spinal surgery is necessary, there are published guidelines to guide this decision-making process which we will highlight below.

In many cases however, the reality is that whether surgery is undertaken or not, is often a decision undertaken by the back pain sufferer themselves and is often based on whether they can cope with the pain or not. Generally speaking, since the 1980’s, the pendulum has swung in favour of non-surgical rehabilitation in the vast majority of back pain presentations.

There are some symptoms that indicate a significant compression of the spinal cord and necessitate surgery; however, these symptoms are extremely rare. 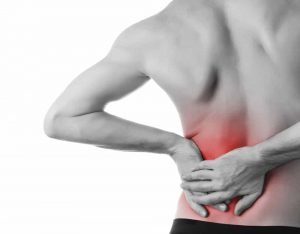 Criteria that necessitate the performance of immediate surgery include the following:

What Does the Research Say About Back Surgery?

Do I Need Surgery If I Have Sciatica?

In this study they randomly assigned 283 patients who had had severe sciatica for 6 to 12 weeks to early surgery (microdiscectomy) or to prolonged conservative (non-surgical) treatment with surgery if needed.

Relief of leg pain was faster for patients assigned to early surgery.

‘In both groups, however, the probability of perceived recovery after 1 year of follow-up was 95%.’ 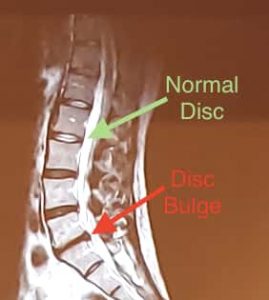 ‘We found no evidence that surgical treatment, when compared with conservative treatment, reduced the severity of sciatica symptoms or improved the quality of life of patients with lumber disc herniation in the medium or long term.
Pain was relieved more quickly in patients who received surgical treatment (evident at the 3-week follow-up), but the difference between groups was no longer present after 3 months.’

‘Compared with conservative treatment, surgical treatment relieved back pain faster, but no relevant clinical difference was observed after 3 months.’

Question: Are there clinical circumstances in which lumbar fusion is appropriate in the treatment of lumbar disc herniation with radiculopathy?

Answer: There is insufficient evidence to make a recommendation for or against fusion for specific patient populations with lumbar disc herniation with sciatica

Grade of Recommendation: I (Insufficient Evidence)

The best evidence available suggests that outcomes are equivalent in patients with sciatica due to lumbar disc herniation whether or not a fusion is performed.

Is Surgery Effective for Chronic (Long-Term) Back Pain?

This study compared the effectiveness of lumbar fusion compared with a group performing exercise & who were educated regarding the importance of movement.
This time they took a group who had low back pain lasting longer than 1 year after previous surgery for a disc herniation.

One commonly used measure of disability is called the Oswestry Disability Index. Using this as a measure of outcome, they found that it was significantly improved from 47 to 38 after fusion and from 45 to 32 after exercise and education.

What About Surgical Fusion After Prior Failed Surgery?

This study reported that lumbar fusion surgery was not superior to exercise rehabilitation and education in a group of chronic low back pain patients with and without previous surgery for a disc herniation.

In most studies of this nature, you find a certain percentage of people do not respond to rehabilitation. They will often undergo surgery at a later date. On the surface of it, this might appear to suggest that they would have fared better if they had undergone surgery in the first place. However, in this study they found that on follow-up there was a similar number of people in the surgery group undergoing re-operations as there was in the non-surgical group. This suggests that the group who do not improve, may not have improved, even if they had undergone surgery initially.

124 patients with disc degeneration and at least 1 year of symptoms after or without previous surgery for disc herniation.

What About the Risks from Back Surgery?

In this prospective study, 126 patients with disc herniations were allocated randomly to surgical (60 patients) or conservative (66 patients) treatment.

At 1-year follow-up, patients operated on for a disc herniation showed better results compared to their conservative peers; however, this study indicates that there is no significant difference at medium- and long-term follow-up between surgical and nonsurgical treatment for disc herniation.

When comparing surgical and nonsurgical treatment options the obvious advantage of conservative treatment is the absence of complications related to surgery. Any surgical procedure, no matter how carefully performed, carries risks.

The reported intra- and postoperative complication rate varies between 3% and 25% for standard nucleotomy and between 2% and 11% in microsurgical diskectomy.6-10 An argument for nonoperative treatment is also the rate of reoperations after diskectomy. With regard to published data with sufficient follow-up and sound number of patients, the revision rate after diskectomy varies between 6% and 15%.9,11-13 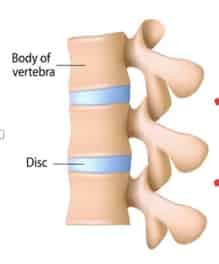 Firstly, let’s highlight the fact that research suggests that non-invasive interventions, such as exercise therapy, produce similar results to spinal fusion, but ‘with considerably less complications, morbidity and costs.’ (1)

Here, 349 patients with chronic low back pain of at least one year’s duration were selected to undergo either spinal fusion or an intensive rehabilitation programme

‘No clear evidence emerged that primary spinal fusion surgery was any more beneficial than intensive rehabilitation.’
“the potential risk and additional cost of surgery also need to be considered.”

They review the literature and state that most studies have a high risk of bias but the Wienstein study below does not. So what does the study by Weinstein & colleagues conclude?

Again, they suggest that early surgery in patients with sciatica may provide better short-term relief of leg pain but the evidence is low quality as only one trial investigated this properly.

Should I Undergo Surgery for Lumbar Stenosis?

Lumbar stenosis is a narrowing of the spinal canal that can lead to compression of the nerves that supply gluteal & leg muscles.

Nineteen published reports (17 trials) were included in this systematic review.

The authors concluded that ‘The results of this Cochrane review show a paucity of evidence on the efficacy of surgery for lumbar spinal stenosis, as to date no trials have compared surgery with no treatment, placebo or sham surgery.’

Is Spinal Manipulation Effective for Treatment of a Lumbar Disc Herniation?

‘This study provides Level I therapeutic evidence that spinal manipulation is significantly more effective than sham treatment for the relief of back and leg pain due to acute (less than 10 days) lumbar disc herniation with radiculopathy.’

There were no adverse events.

Should I Have Spinal Manipulation or Surgery for Sciatica?

Forty consecutive patients who met inclusion criteria (patients must have failed at least 3 months of nonoperative management including treatment with analgesics, lifestyle modification, physiotherapy, massage therapy, and/or acupuncture) were randomized to either surgical microdiskectomy or chiropractic spinal manipulation.

Sixty percent of patients with sciatica who had failed other medical management benefited from spinal manipulation to the same degree as if they underwent surgical intervention.

Some orthopaedic guys have said that manipulation should be avoided. Is this accurate?

Well, in both the Sintilli & McMorland studies above there was not a single significant adverse effect reported.